Based on the anatomical features of our spine, it is known that in the supine position the cervical vertebrae just need support. During the day, it is the cervical vertebrae that experience the greatest tension. Therefore, it is very important that during sleep and rest this section of the spine is as relaxed as possible, and that you are comfortable and convenient. And it is in this that the Detensor cervical tumbler will help you.

The roller cushion in a short time will help eliminate unpleasant pain in the cervical spine, reduce excessive fatigue in the head and neck.

The functional cervical support cushion (FCS) is helpful for tension in the neck area and is used successfully in patients suffering from cervical migraines. Due to its very slight extension of the cervical spine, the FCS also contributes to the traction of the entire spine and reinforces it.

Instructions “Correct insertion”: The cervical support is pressed together in the middle with both hands, making sure that both hands touch in the middle. Then with the flat side (zipper) facing downwards or away from the body with the curve at the back of the neck and held forward like a towel at both ends. Now move the FCS approx. 0.5 to 1 cm, so very little towards the head end. This creates a very beneficial, very light traction of the cervical spine. The head should not be lifted more than 1-3 cm from the surface. After moving the 0.5 to 1 cm in the direction of the head end, the head must rest on the surface before the “FCS” is released. – If you move or raise your head, the process should be repeated. 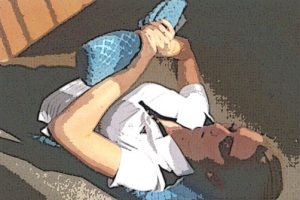 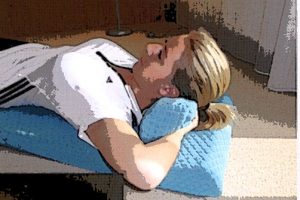 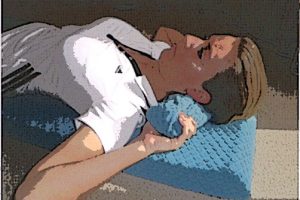 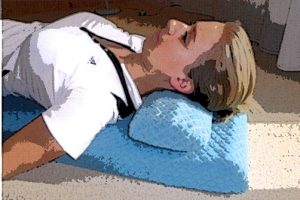 If you do nothing, nothing will change ~ Steve Hefferon

Free shipping on all orders over $99

100% money back guarantee for unused and unopen items